Today is special for so many reasons that my brain feels too full to focus. Which is kind of  frustrating, considering I spend so much time during the week thinking of topics I want to tackle in this space (see: 12 unfinished drafts saved in my WordPress account), and then when the time comes to sit down and write, it’s like the freaking county fair up in my head.

Maybe more like Lollapalooza, which was a crowded, distraction-filled event I actually enjoyed. Death Cab was one of the headliners. Grant Park was hot and muddy but still gorgeous. We flew out for the weekend. Had to miss Wilco on Sunday night for our flight back to Philly…

Geez. Point proven, I guess. I’ve got a lot going on, in addition to having adult-onset ADD. 🤯

Today is my nephew’s second birthday, and on his first — so, a year ago today — I finally made the decision to stop drinking. The above picture comes from the previous day, our family trip to Wrigley Field, and it kind of saddens me that the only pictures I have with Jackson make me instantly think, “You were drunk.” At the same time I think, “Jackson will never know me as a drunk,” and I instantly feel better.

We’re planning to drive out to Chicago and see the big boy, and all my other cherished loved ones, over the 4th of July weekend.

By that point, I will have moved on from my old job in order to take a new job, which is another thing I am celebrating today. This opportunity basically fell from the sky, which is both scary as shit and exciting beyond words, but at the same time, it figures. The universe has opened up in an amazing way since I got sober, and it’s been pouring so many blessings on my head that I’ve started to lose track of just how good my life, on Day 357, really is.

Maybe it’s all hitting me now, and that’s why I’m feeling overwhelmed.

Day 365 is only nine days away. While that is indeed a momentous occasion, the truth is that July 6, 2019, was actually rather anticlimactic and quite forgettable. I remember force-guzzling (nearly) an entire bottle of Patron, trying to go out with a bang, and instead feeling nothing. The thrill of booze was long gone.

That’s because the real miracle had already happened, at Jackson’s birthday party a week earlier.

I’ve told the story before, but it’s worth repeating, given my current circumstances. There was absolutely nothing different about that day, nothing in particular that happened to make me “come to Jesus,” or “see the light,” or however you want to describe an indescribable occurrence. In fact, that day was really just like every other day that I ever had off from work, when I would give myself permission to let go of all my worries and escape into a bottle of tequila.

So I’d been drinking since 10AM or so, and it was mid-afternoon, and my mom and I were out on my parents’ back deck, arguing. About? Who knows! The same shit we always argued about. She probably told me I was drinking too much, and I probably told her she couldn’t tell me what to do.

And suddenly, I could see it.

I could see my situation in stark relief. There were two divergent paths in front of me, like in the Robert Frost poem I’ve always loved and identified with, and one path was to keep doing what I was doing, and the other was to make a change.

Stay on my current path, where my entire life revolved around alcohol, and I would lose everything. Take the other path, a life without that precious but deadly mood-altering crutch, and I had at least a chance at something better.

I had an opportunity. I could walk through that opening the universe was giving me, even though it was utterly terrifying not being able to see what was on the other side. Or, I could wrap myself tighter in that fear and stay stuck — “safe” — where I was, knowing full well that nothing would ever really get better from that point on. It would only continue getting worse.

When I think about that moment, I’m reminded of the iconic Shawshank scene where Andy tells Redd, “It all comes down to a simple choice: Get busy livin’, or get busy dyin.'”

My version was a lot less poetic, but in my little life, it will always be iconic: “I know I have a problem, Mom, and I know I have to quit.”

A day, so much like every other day, except for the undeniable presence of a higher power. I didn’t even do anything to “deserve” that moment, nor can I come up with any tangible reason why it happened to me.

My new job opportunity is similar, but I’ll stop short of saying I don’t deserve it. The past year has been full of struggle, and the years before that were full of hard lessons. I stuck it out. I learned. I listened. I chose to change. And as a result, I got stronger and I grew.

Once again, I’m facing an uncertain situation, and I cannot see what the future holds. That’s a f*cking terrifying place to be. But I have been here before, and as I’ve heard many wise people in recovery say, when the fear of staying the same becomes greater than the fear of change, you know what you have to do.

…Or something like that. As we’ve discussed, I have a bit of a muddled brain.

Leaps of faith are scary and hard, no matter how kind the universe has been to you in the past. Taking a leap as a sober person feels a little bit different, though. Miracle of miracles: After getting through the past year, I’ve actually built up some faith in myself. 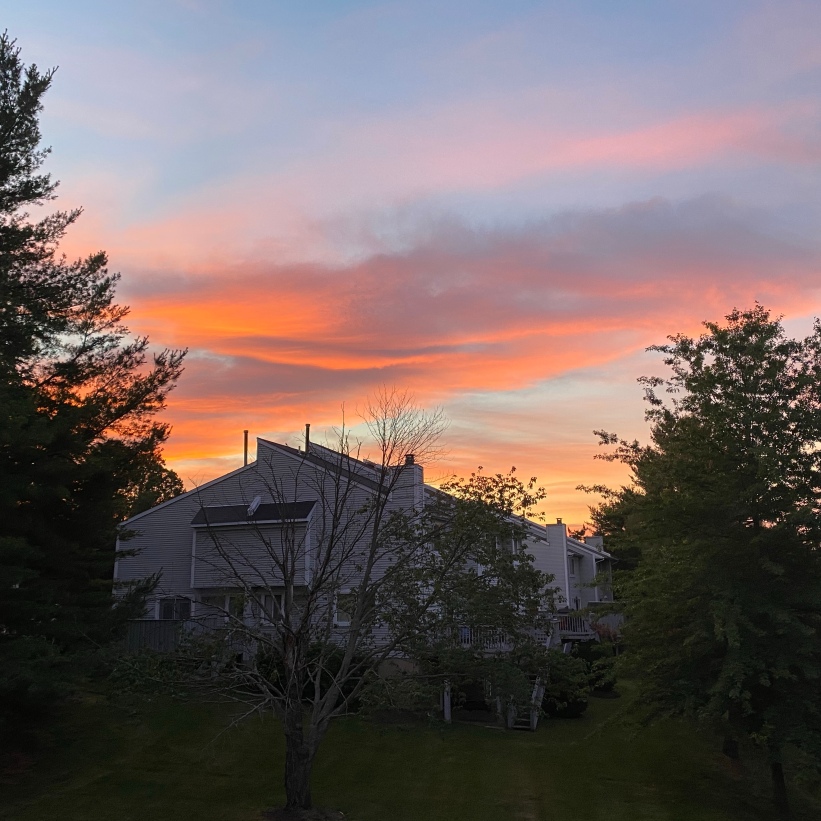 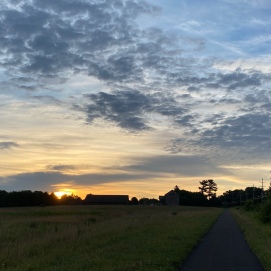 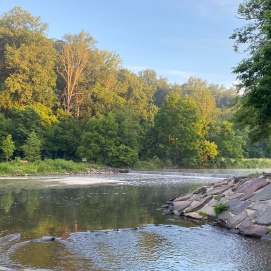 As I joked on Instagram, despite what my social media accounts might suggest, my new job is not “professional nature photographer.” I just happen to live in the middle of breathtaking beauty, and I feel compelled to capture it whenever possible. These are all scenes from the past week in Newtown, PA.